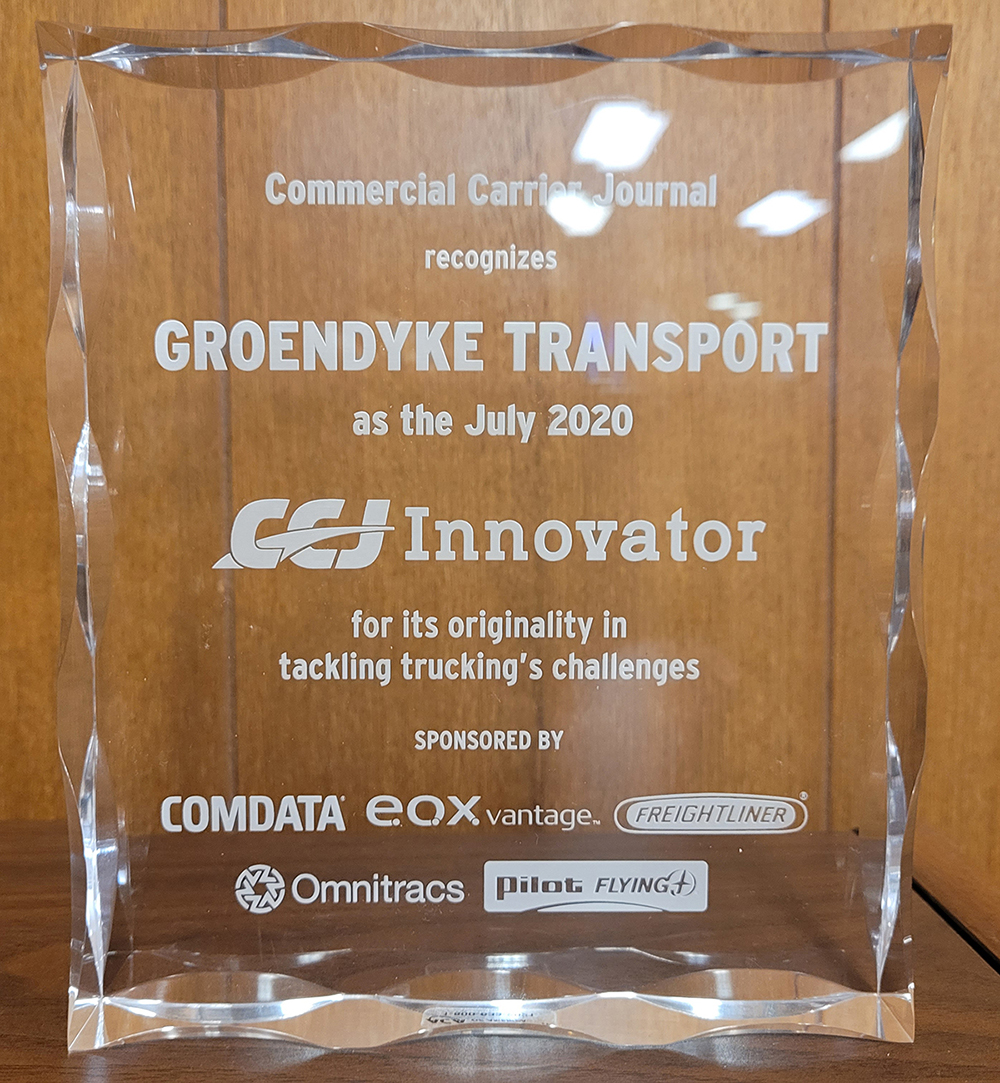 “What we initially set out to do, which is still the goal that we have now, is to increase our visibility,” said Groendyke President and CEO Greg Hodgen, who received the CCJ Innovator award on behalf of Groendyke Transport during the CCJ Innovator Summit last week in Key Largo, Fla.

In 2015, Groendyke set out to improve visibility of its trailers to reduce rear-end accidents, starting with a pilot of 12 trailers in Denver, Fort Worth and Kansas City. By July 2017, the company had retrofitted 632 trailers with favorable results.

Prior to receiving the exemption, Groendyke had been receiving violations for the pulsating amber brake light since December 2016, but continued undeterred, convinced the cause of improved safety was worth the cost.

In addition to the overall reduction in rear-end accidents, the pulsating amber brake light effectively eliminated rear-end accidents at railroad crossings during the 30 months prior to applying for the exemption.

More details on the amber pulsating brake light can be found in this CCJ article.